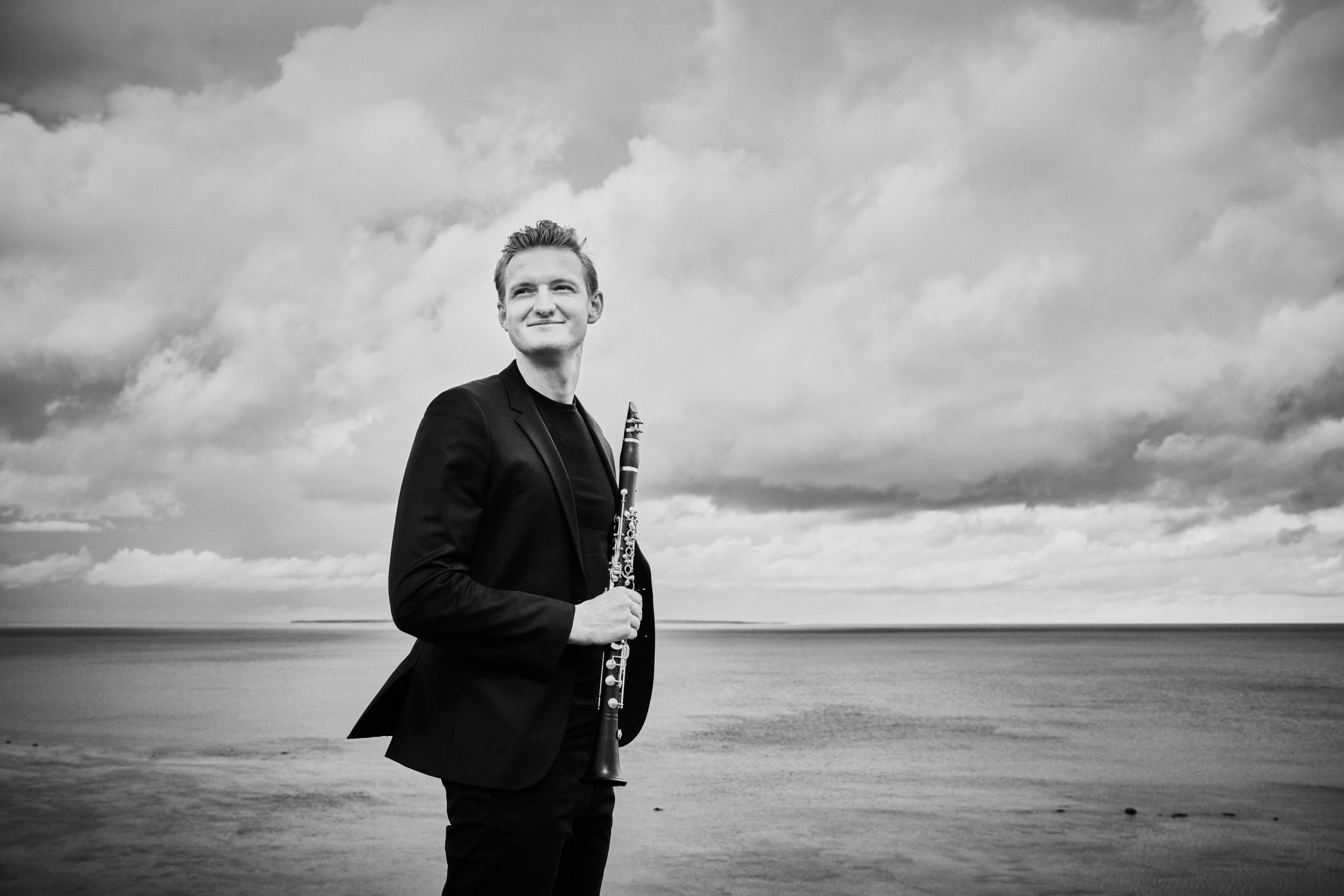 Slovenian born clarinetist, Blaz Sparovec, is one of the leading clarinetists of his generation and first prize winner of the 2019 Carl Nielsen Competition.

Alongside a growing reputation as a soloist, Blaz has been principal clarinetist of the Gürzenich-Orchestra Cologne since 2015 and is Associate Professor at the University of Arts in Berlin. He also performs as a guest principal with leading German orchestras, including the Staatskapelle Dresden and WDR Symphony Orchestra, and is a passionate chamber musician, partnering with artists such as Anna Lucia Richter and Pierre-Laurent Aimard.

In 2015 Blaz released his debut album entitled “Enter Clarinet”, performing a wide span of repertoire from Debussy to Penderecki showing “a bold programme selection that presents the master student of François Benda as a versatile musician.” (Das Orchester). Also reviewing the album, Germany’s Klassik-Heute commented “To put it bluntly: Blaz Sparovec succeeds brilliantly  .. thanks to the twenty-one-year-old’s ability to guide his instrument like the human voice … Sparovec’s articulation is crystal-clear, his phrasing highly vivid … creating the purest joy of playing and joie de vivre.”

In 2020 he recorded his second album for British label Orchid Classics, uniting with the Odense Symphony Orchestra for the first time since winning the Carl Nielsen Competition. On that occasion Blaz was awarded not only first prize but also the Odense Symphony Orchestra Prize and Junior Jury Prize for his performance of the Nielsen Clarinet Concerto which was broadcast internationally on medici.tv. Gramophone magazine commented “Šparovec brings immense character to the music he plays and his chamber-like rapport with the orchestral musicians is immediately engaging.”

Blaz grew up and studied in Slovenia with Andrej Zupan at the Ljubljana Conservatory of Music, before moving to Germany to continue his studies with François Benda at the University of Arts in Berlin.